For those that have been to JuNK GypSY JunK-O-RaMA prom, you know all the magically crazy, wonderfully beautiful, and sublimely ethereal stories you hear are true…and for those that haven’t, here’s a little history on how it all got started…a little ProM 101. 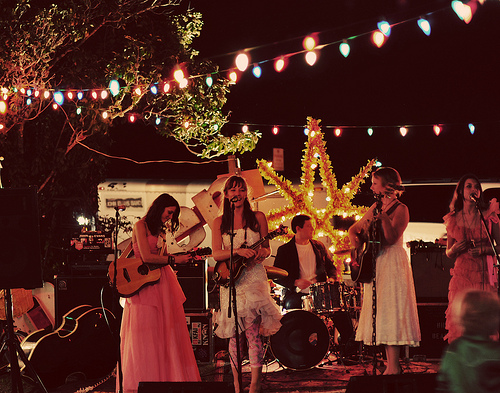 What started as a simple ode to the forgotten prom dress magically took a life of its own one night at the fleamarket. 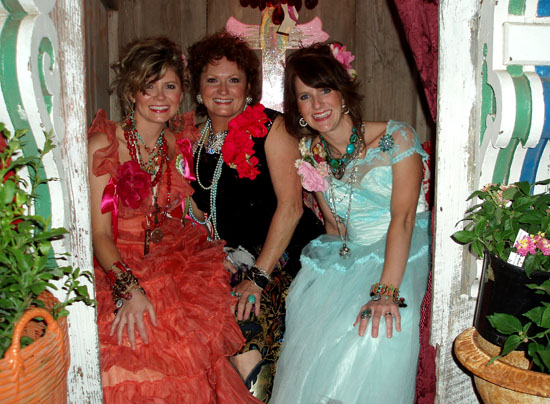 {AmIE, MoM, & me in the OuTHOUSE a few years back}

JunK-o-RaMA Prom has become a cultural crossroads of sights and sounds and people. ANd, we firmly believe, the happiest place on EaRTH for one breath-taking evening in Texas. Under the big ol’ southern stars you will find a celebration for all ages and all walks of life, an evening where everybody is somebody! 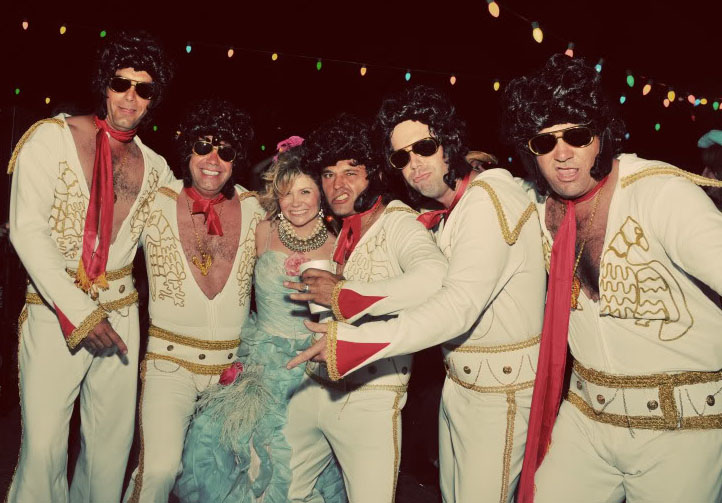 During the antiques show several years ago, we noticed the forgotten glory and beauty of a pile of vintage prom dresses aNd decided to pay tribute by hosting our own little JuNK-O-RaMA Prom a few nights later. We scavenged the grounds, scooped up vintage dresses throughout the week and all played dress-up under the stars that one night. 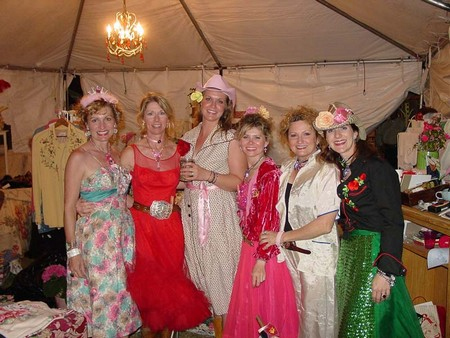 There were a handful of customers and several junkers (aka – vendors) ..we drank sangria, took silly pictures, practically danced holes in our boots, had lots of laughs and were completely oblivious to the fact that JuNK-O-RaMA PRom would soon become a legendary twice yearly event. 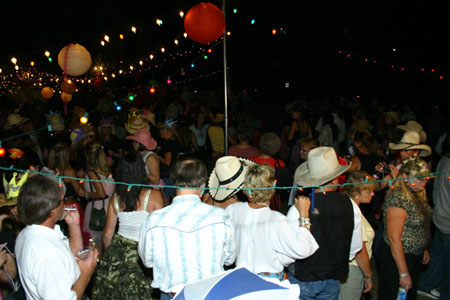 {dancing under the twinkle LiGHTS and the teXAS staRS}

It is now much larger than a ‘handful of folks’…nowadays you probably couldn’t stir ’em with a stick! 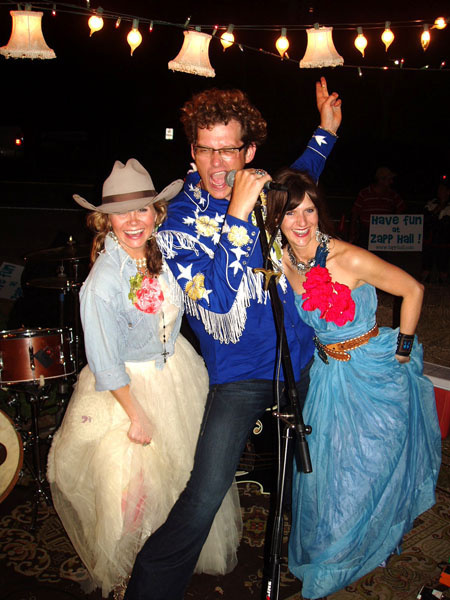 It’s a magical evening..complete with a makeshift stage for the band, made out of our latest, greatest fleamarket finds, a million and one twinkling ChriSTmas lights, and glittery chandeliers hanging out of the trees near our tent in this Texas cow pasture. 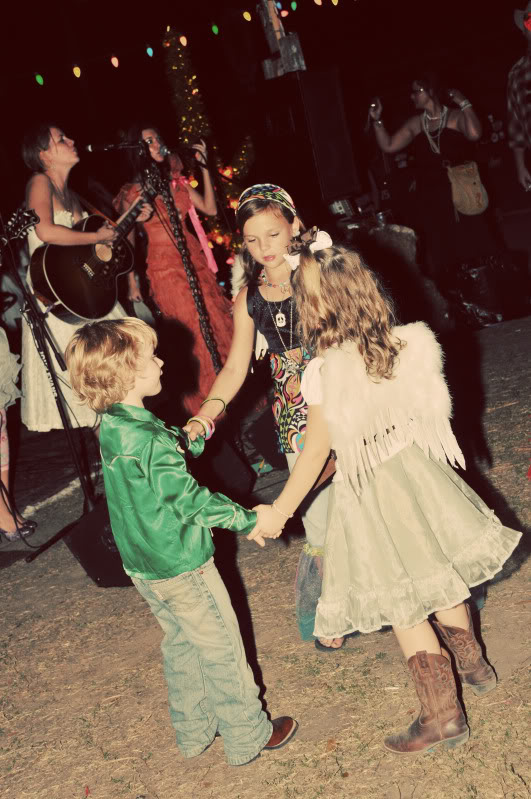 {PrOM nite for the young and the young @ heart!} (thanks to anthologieimages.com for the pic)

AnD of course, everyone’s favorite – the old outhouse turned photobooth! 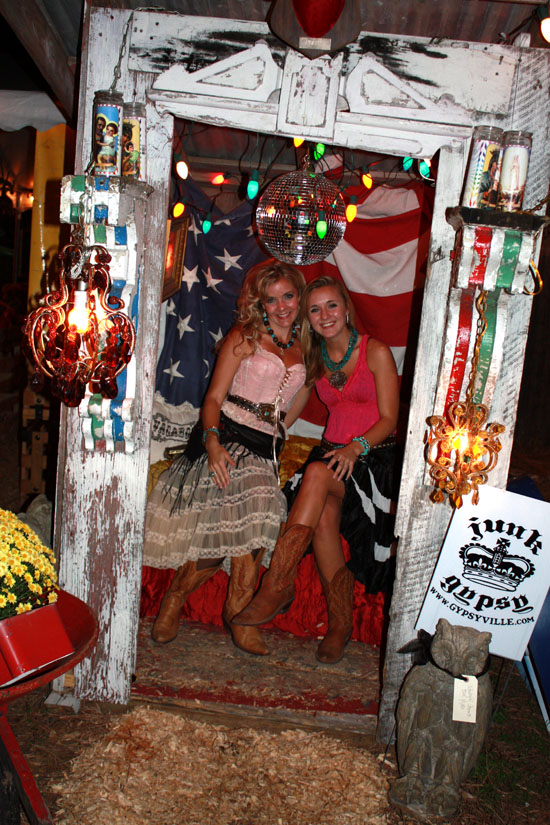 YeP, it’s the original OUTHouSE from ZaPP HaLL grounds…and bein LoVERs of all junk, we just had to put it to good use. soooo, now it famously (and infamously) stands as our OFFiCIAL photobooth! It has been retrofitted with posh, tattered velvet cushions, old oil paintings and its own little chandelier making it the most happening outhouse on the planet! 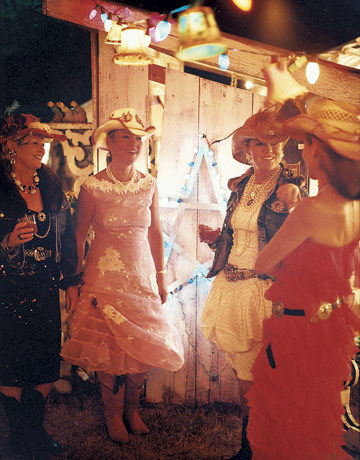 {the early years...mingling outside the outHouSE}(photo courtesy of CounTRY LIvING magazine)

So this evening that culminated out of not much more than a pile of dusty old prom dresses and our desire to just have fun, has become something that we are just happy to be a part of! There’S been rumors of star-studded guests (MiranDA LamBERT, WiLLIE!, RachEL AShWELL), it’s been featured by CounTRY LiVING magazine, the ToDAY ShoW , and by UT film students working on a documentary & we just feel really darn LuCKY to be a part of something that makes us all so happy !

So for as long as we can . . . we are gonna be dancin’ in our cowboy boots underneath the starS at JuNk-o-RAmA Prom! 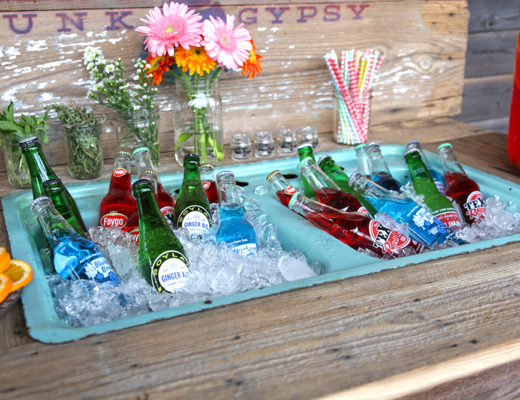 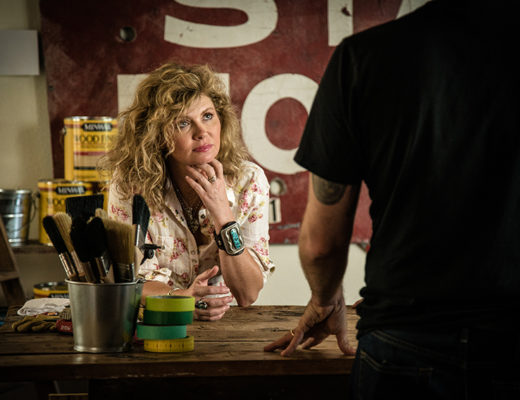