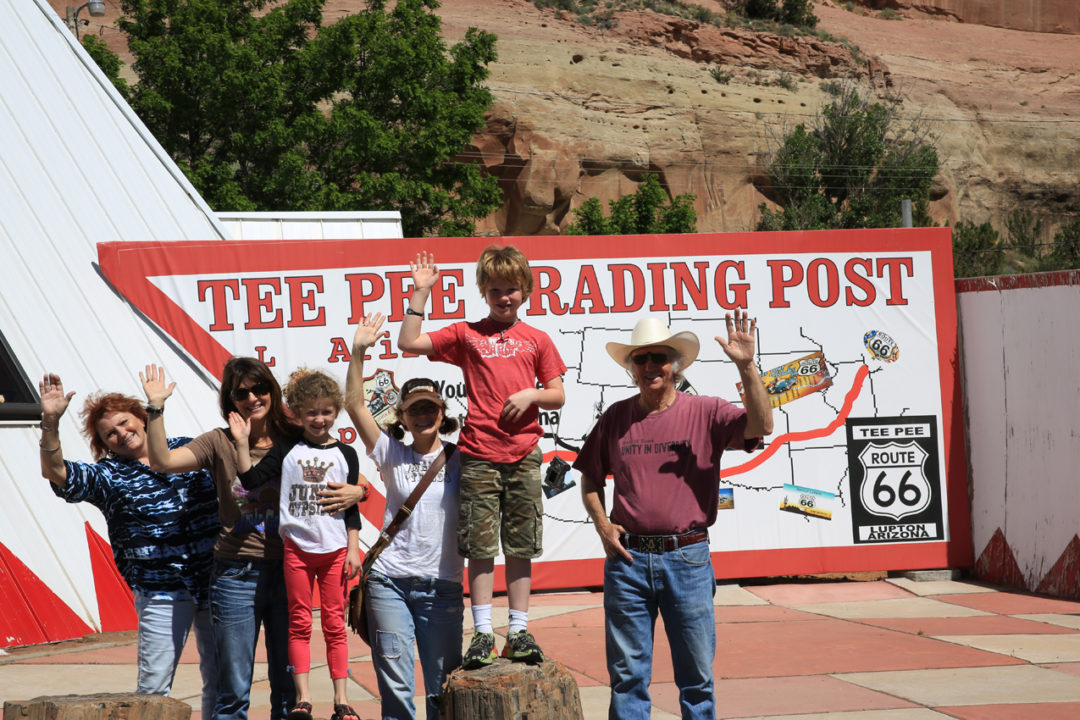 well, we had crossed through texas, new mexico, and halfway through arizona. we had stood on the corner of winslow, arizona and it was such a fine sight to see. we got our kicks on route 66. drank cream sodas at old diners. took selfies in front of teepees. and here we were, almost to the Grand Canyon. THE GRAND CANYON (echo. echo. echo.).

but first, old neon retro motel signs begged me to take their picture…the only thing better than seeing these old motel signs would be to see them all lit up at night. well that, and to see them lit up and living proudly right here at the JG world HQ. that would be really awesome. to see them in the back of our trailer eastbound for Round Top, Texas. #obsessed 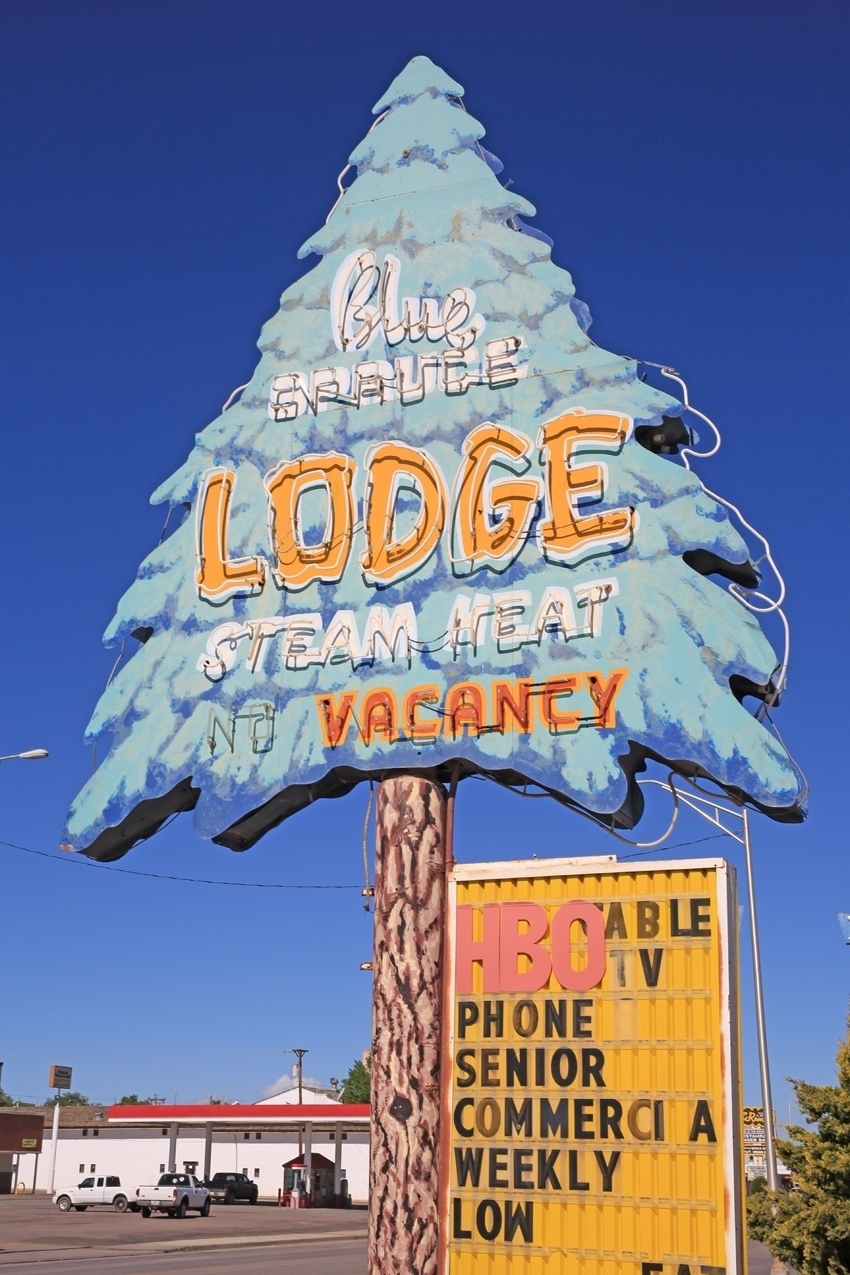 i loved this sign…which of course caught my eye. butttttt then the low rate of 2 for $31.99 was quite shocking…and only $45.00 for 4 people just made me almost fall out of the happy van… 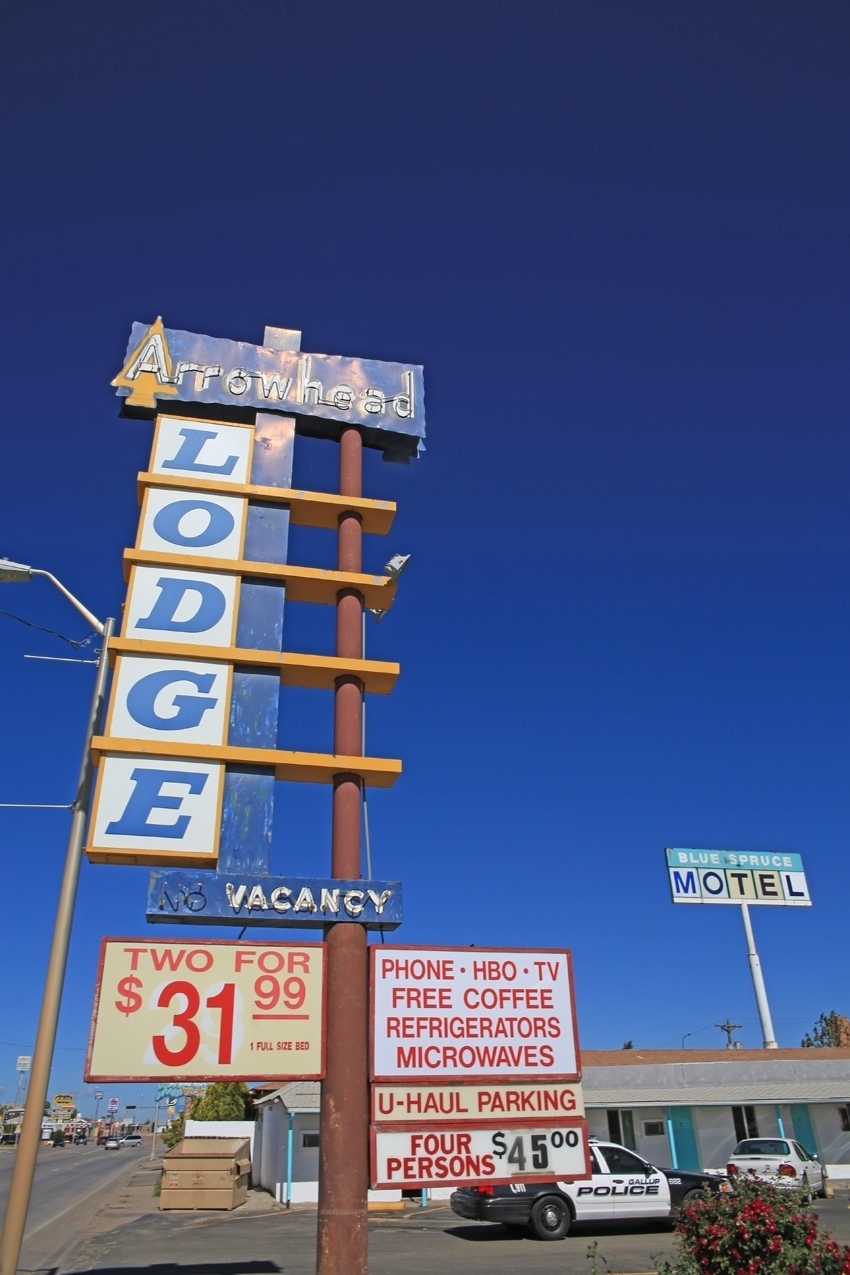 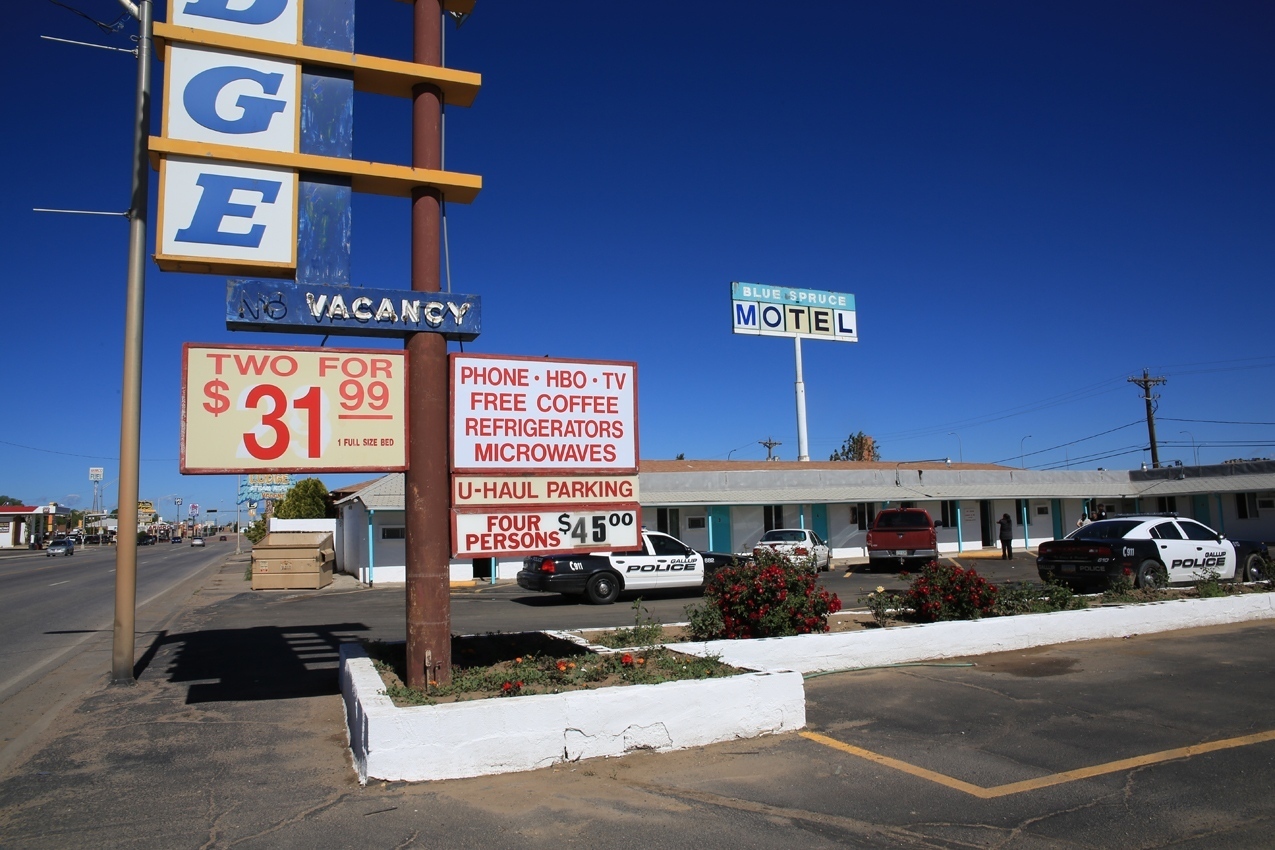 and then i decided i better get outta dodge.

and take a picture of the ole Lariat Lodge sign… 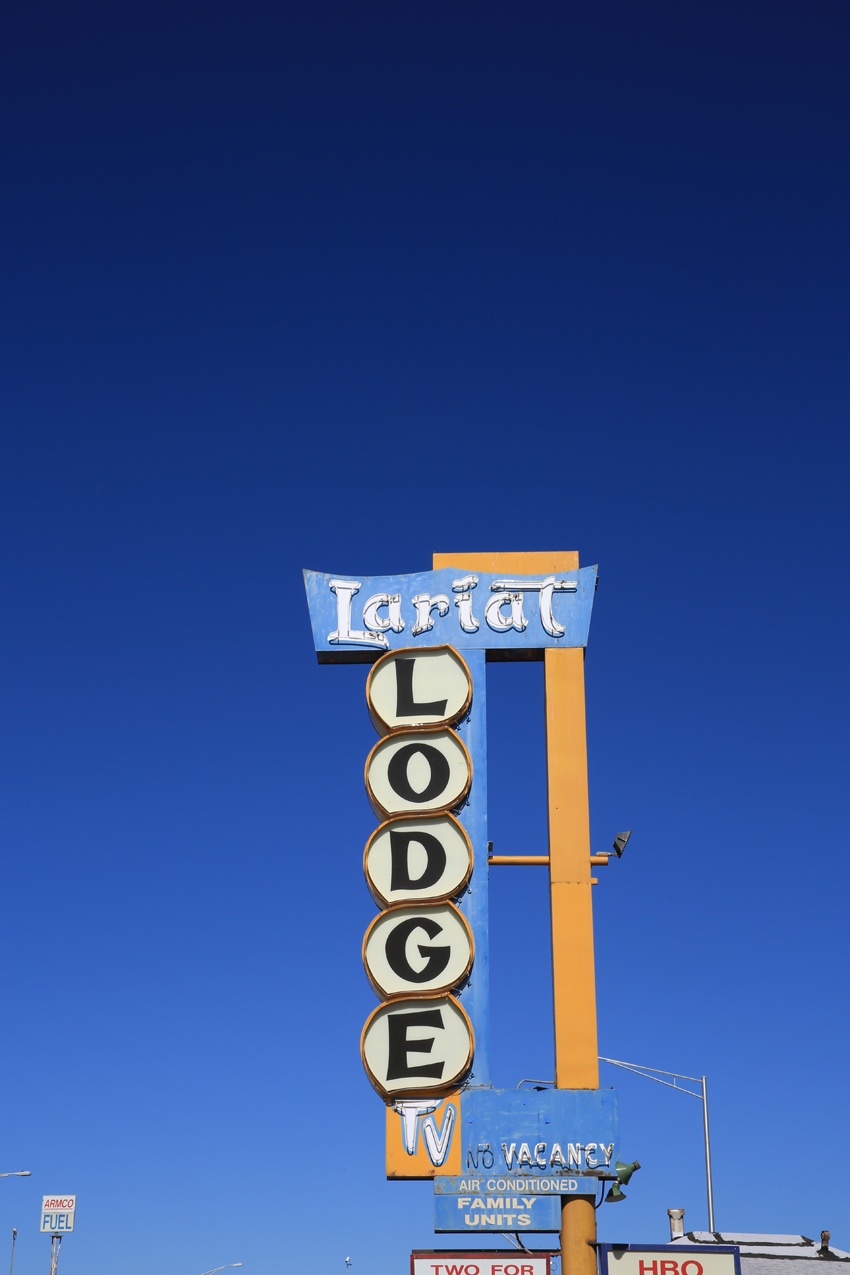 rule of the roadtrip: never, EVER pass up a griswald-style photo op…. thus, crossing the arizona state line and seeing a teepee-shaped souvenir shop was an obligatory griswald moment. 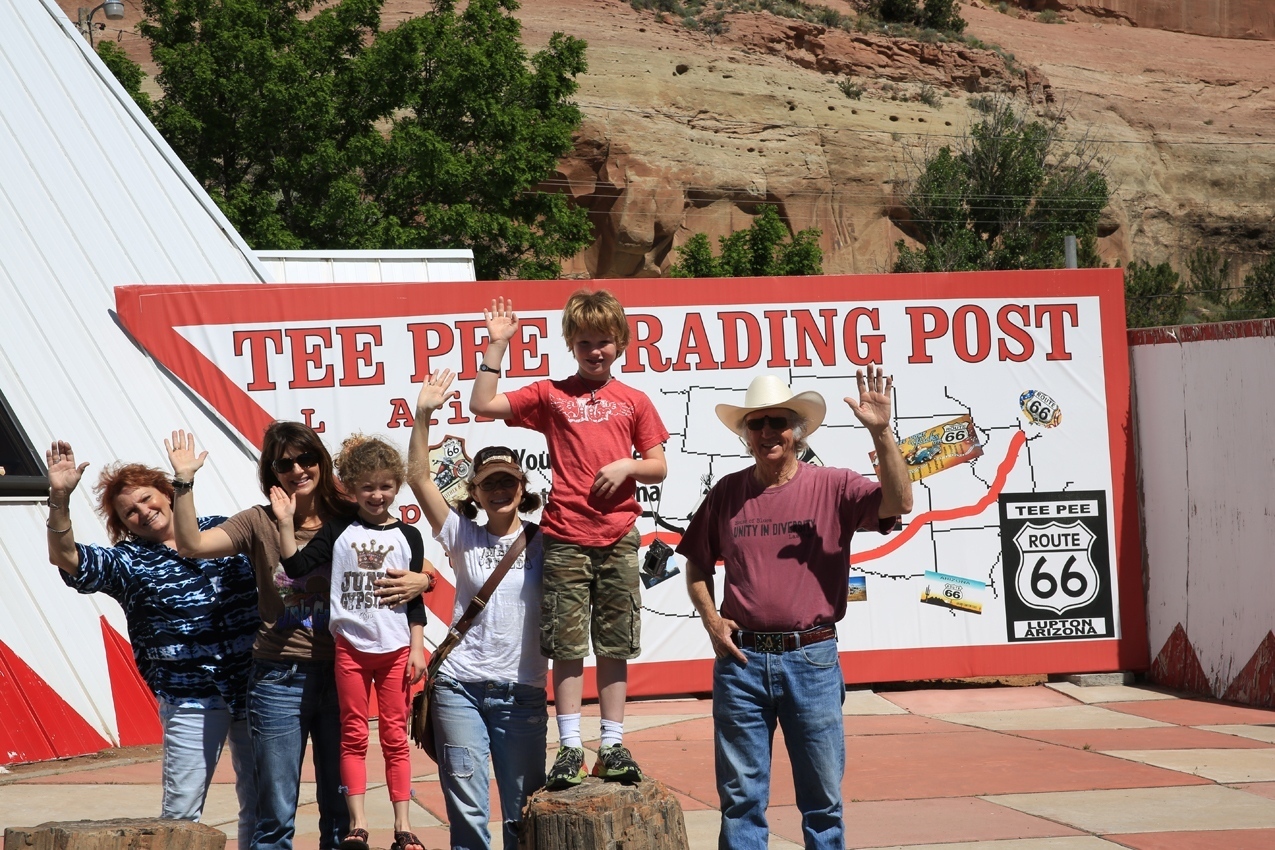 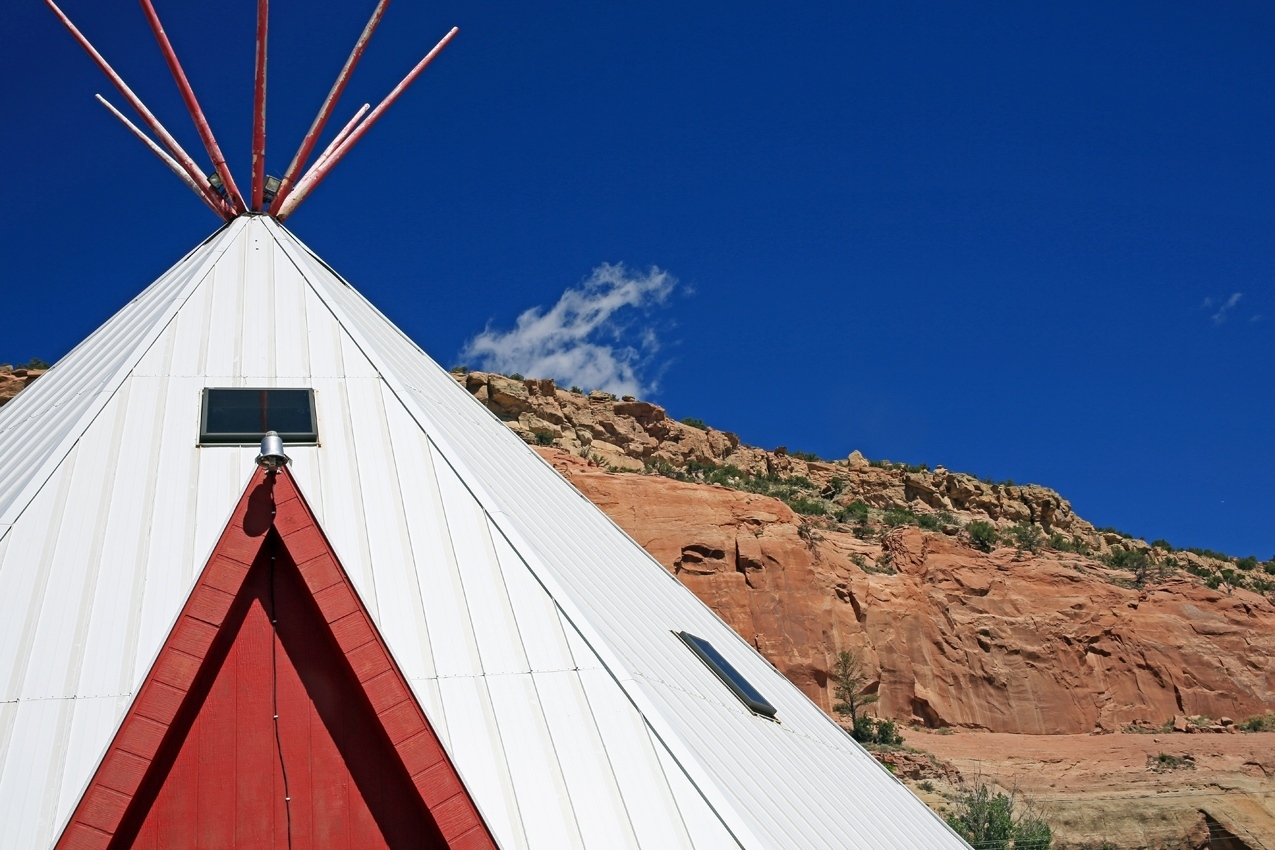 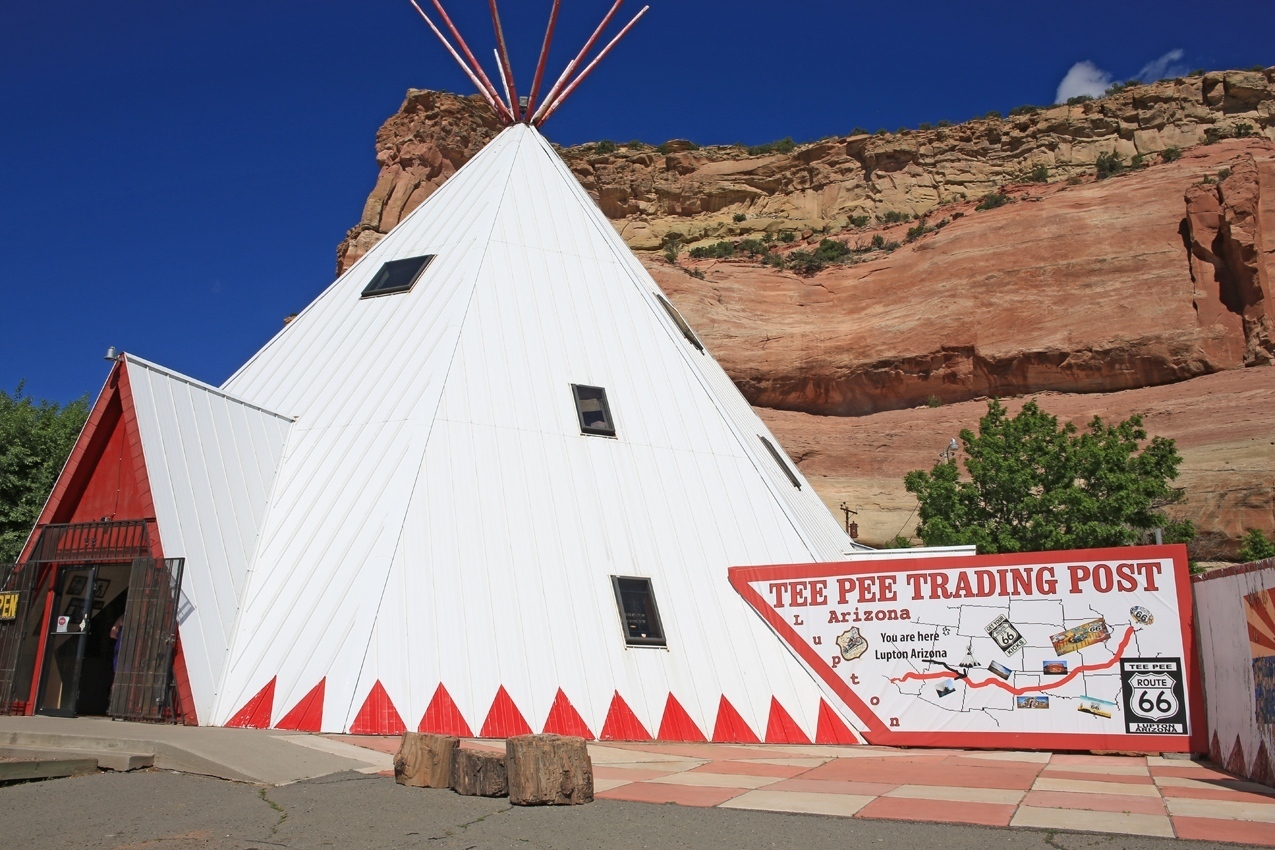 first stop: the Petrified Forest National Park…for some prelude vistas to prepare us for the Grandddddd Canyonnnnnn (echo, echo, echo). 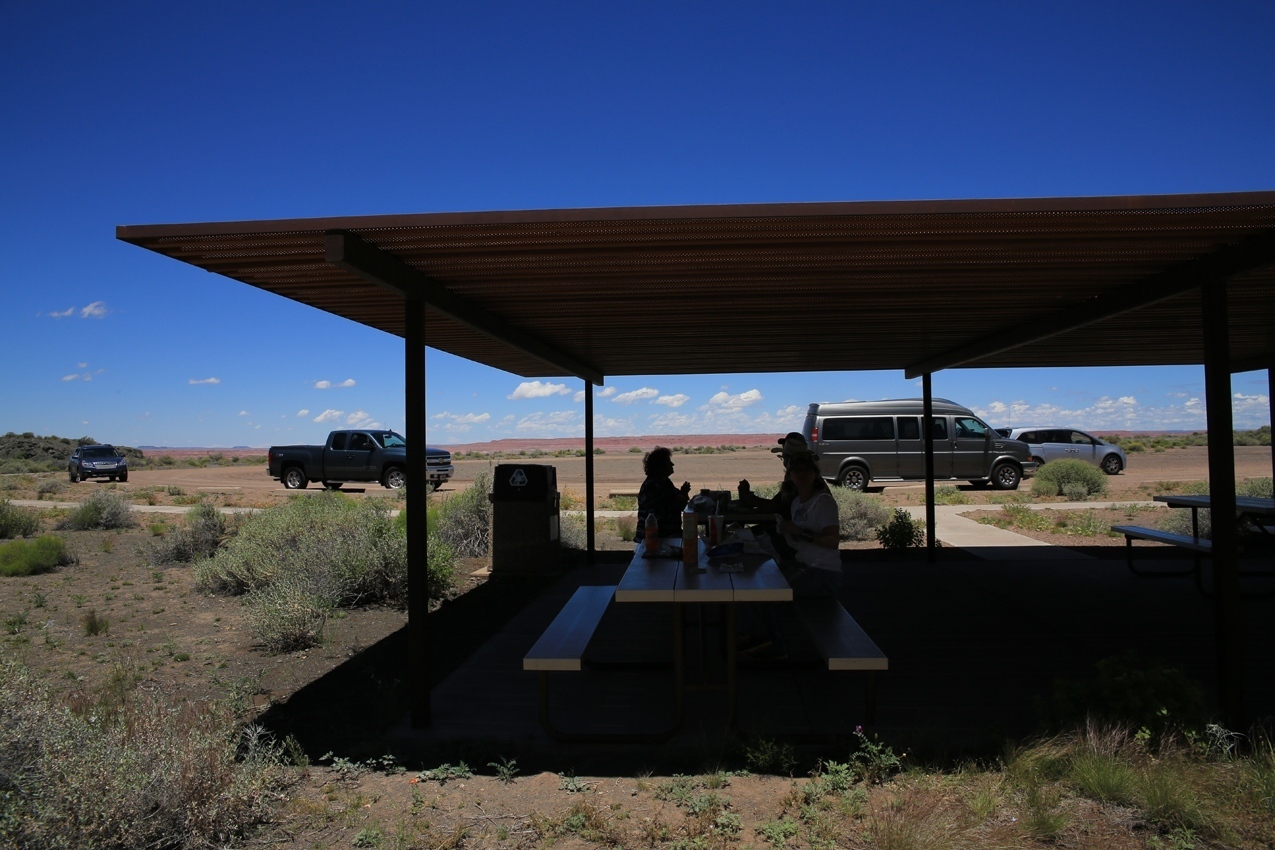 and this shot of Cash Baker looking out over the National Forest was the last shot i took before the tragic, dreaded, terrible, no good moment that all takers of pictures have nightmares about. the moment when your camera battery dies and you realize you didn’t pack a back-up battery nor a battery charger. and this is your epic once-in-a-lifetime-griswalds-go-to-the-Grand-Canyon-Route-66-roadtrip and you aren’t EVEN TO THE GRAND CANYON YET. bless my heart. 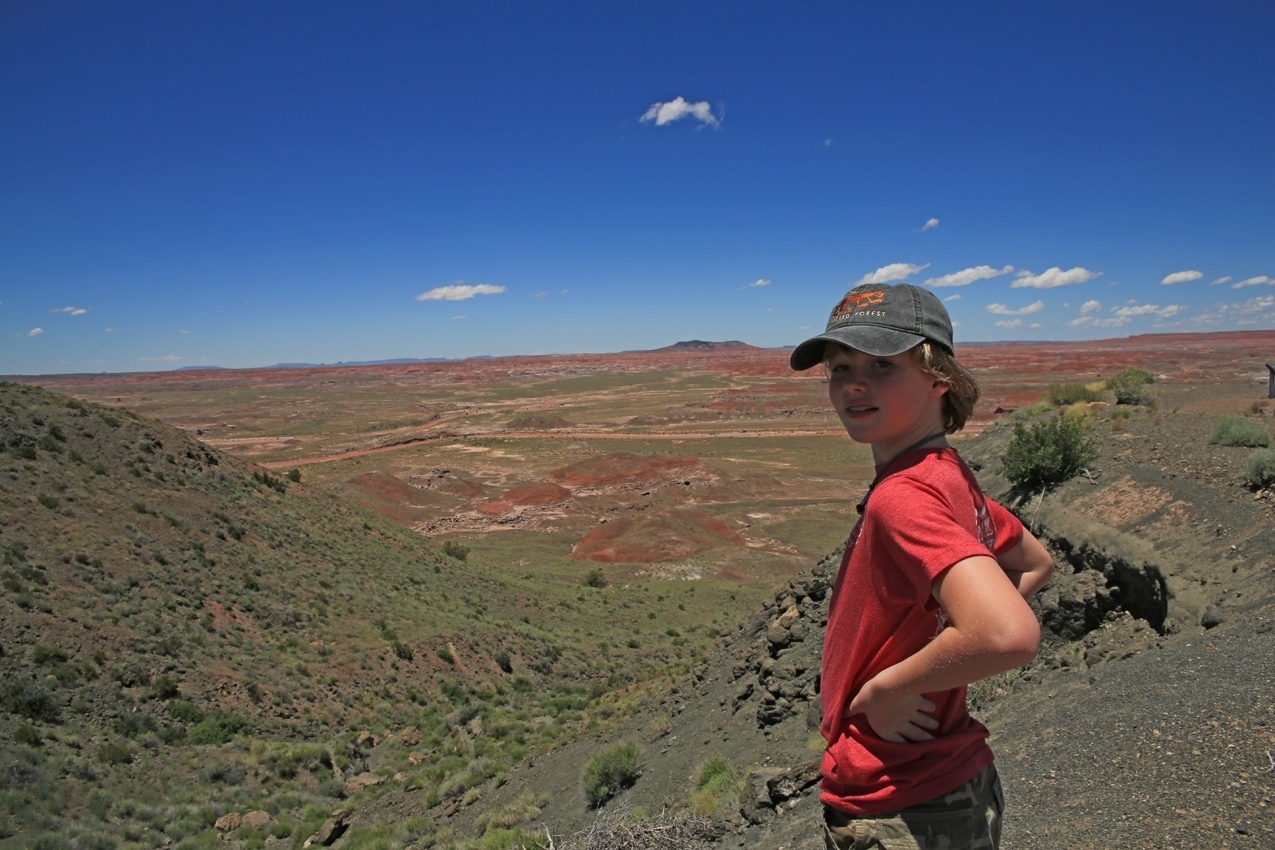 as it turns out there aren’t any Best Buys on Route 66. so after a quick trip re-route to include a Best Buy for a mobile battery charger, we were on our way to the Grand Canyon Railway & Hotel in Williams, Arizona. And just when we thought our trip couldn’t possibly get any better, it did. it got oh-so-much better.

the morning of our scheduled railway trip into the Grand Canyon, the GCRH (as the Grand Canyon Railway & Hotel shall henceforth be referred to) put on a Wild West style comedy show. it involved cowboys and guns and a dead guy…seen here. 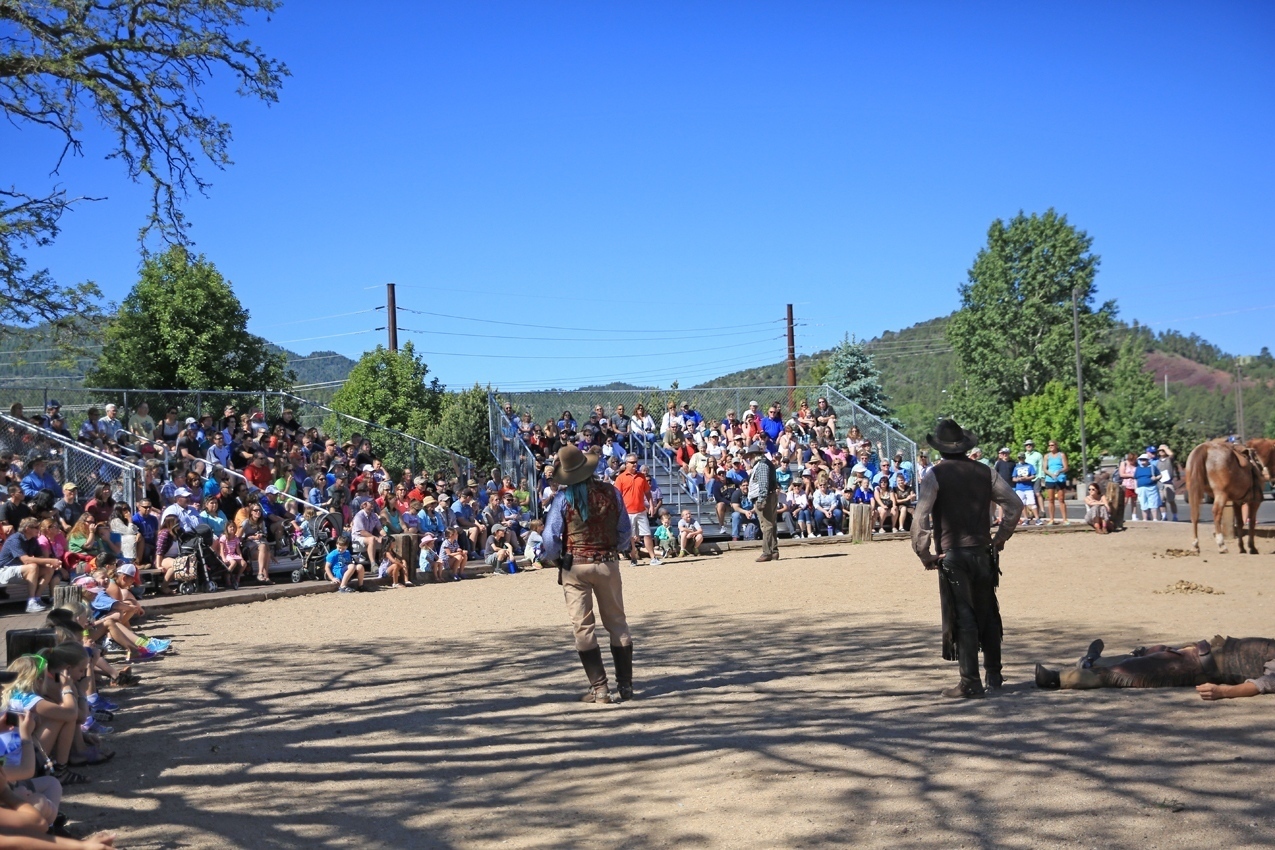 and then, it was time to board the Grand Canyon Railway, we didn’t really know what to expect once we arrived at our destination but we had really, really high expectations. 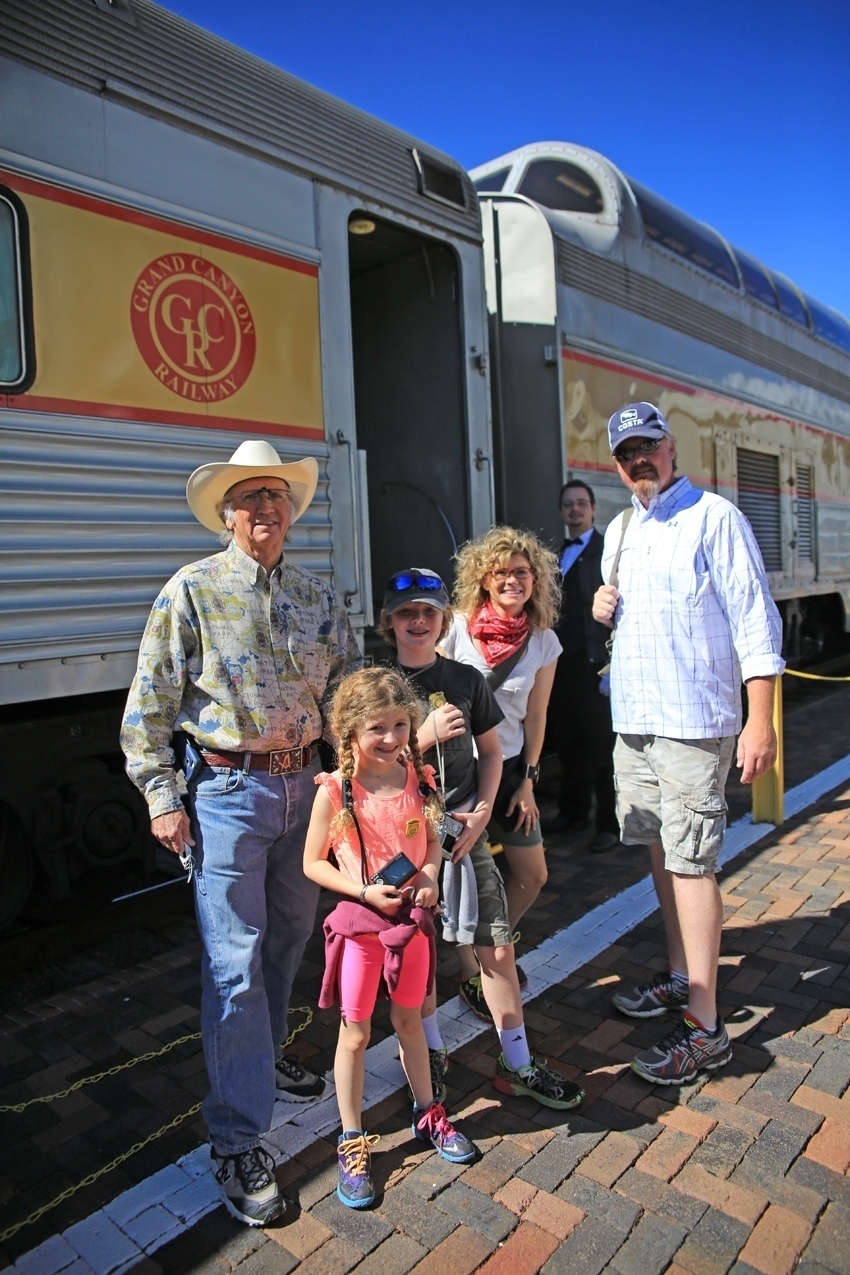 y’all, i can’t even tell you how amazing this train ride was. seriously. if we could rate it infinite stars on tripadvisor we would. the whole experience was truly one for the history books. the folks working for the railway added so much joy to the adventure. 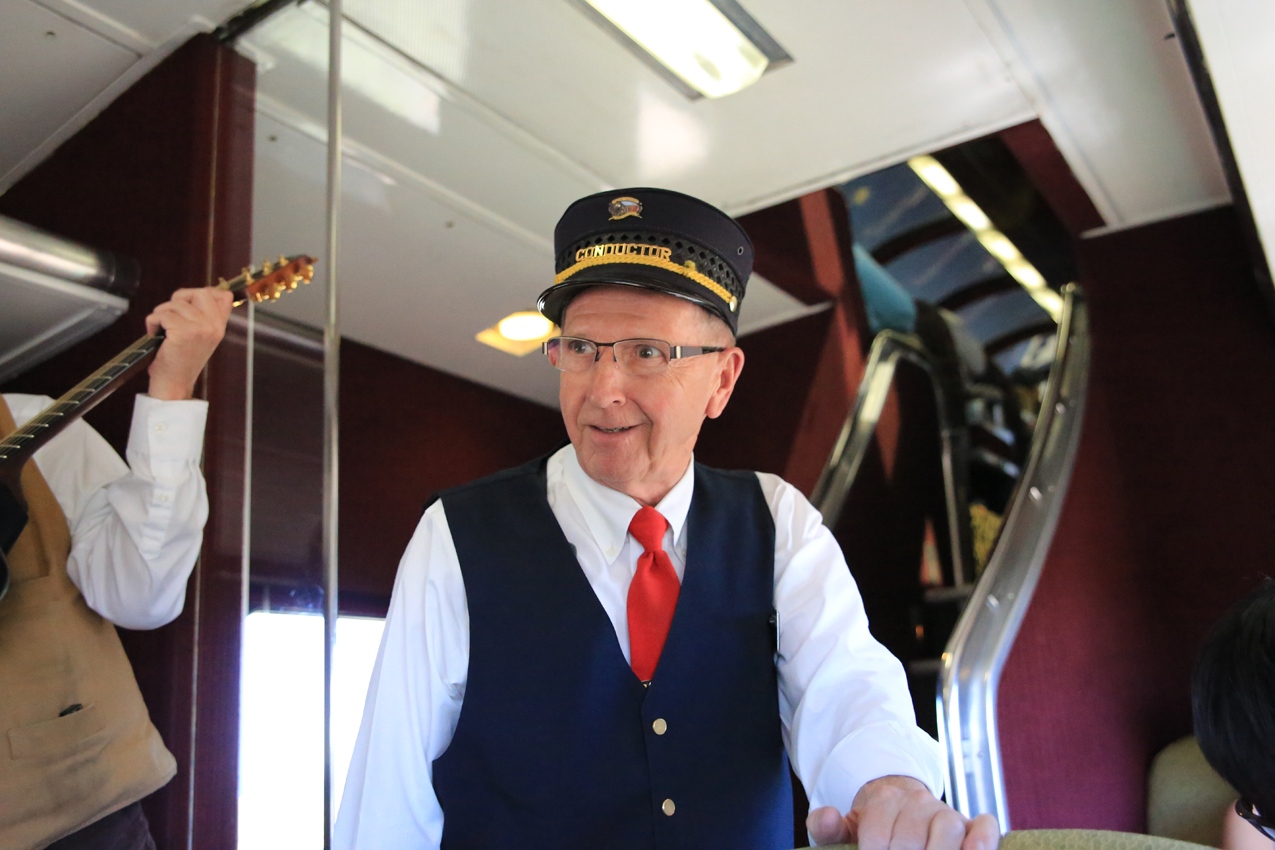 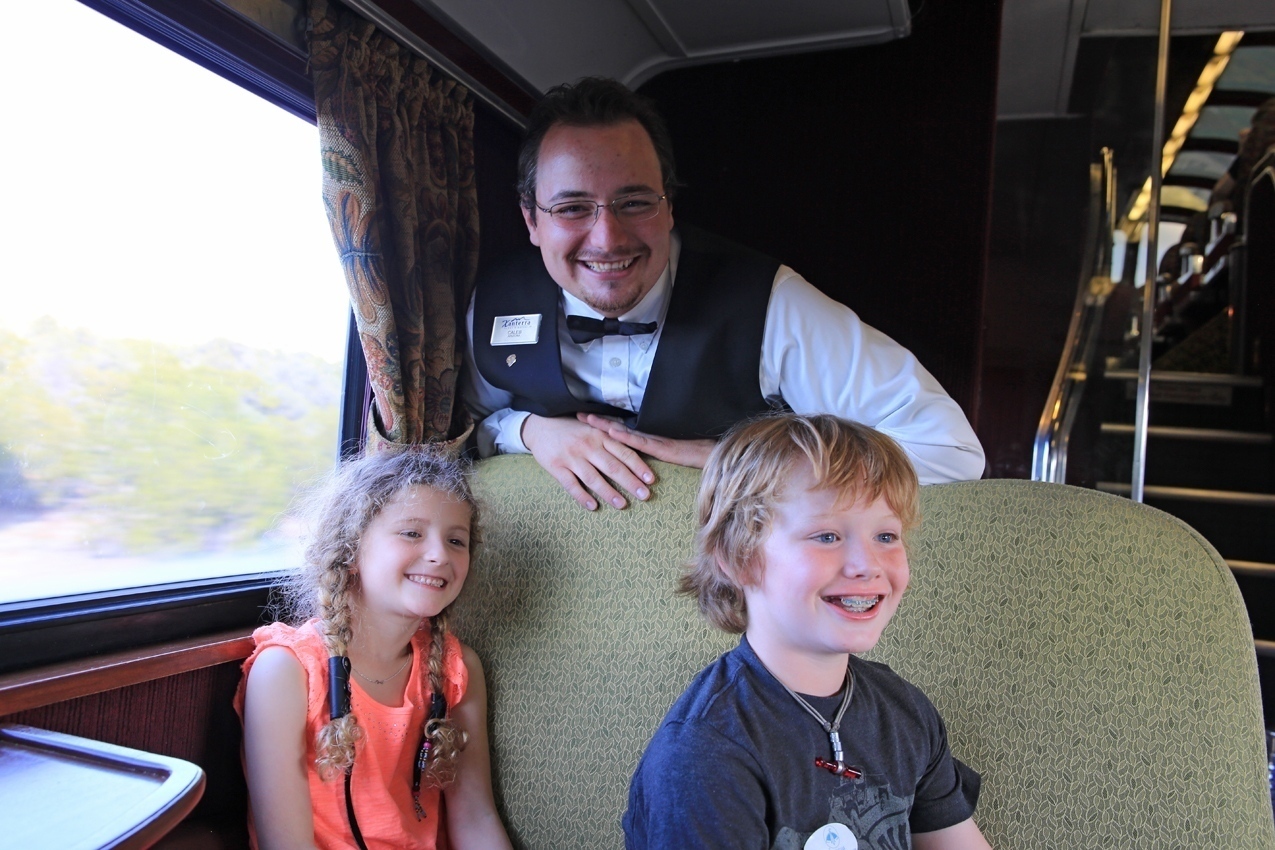 and then…we were there. the Grand Canyon (echo, echo, echo). a more GRAND, more spectacular, more glorious view there could never be. 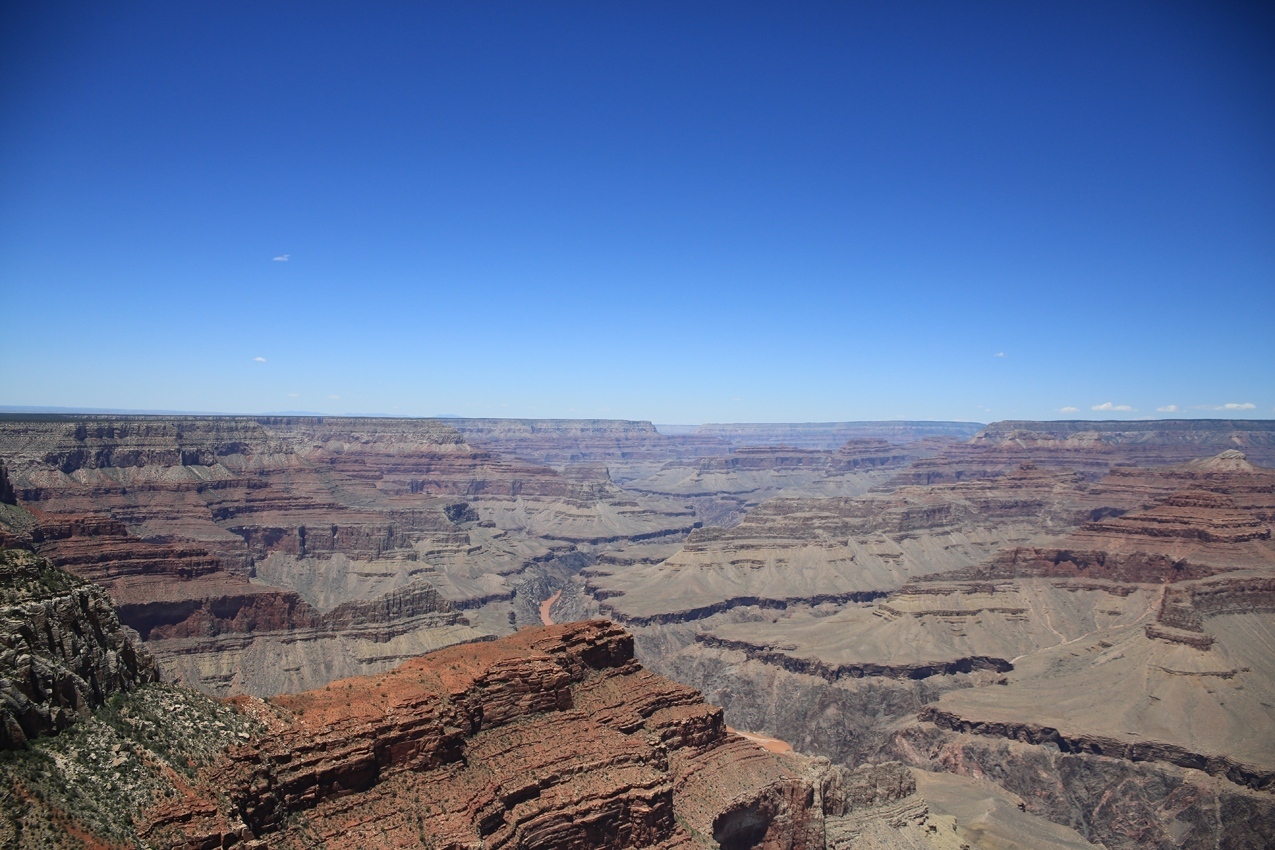 America, you are glorious… 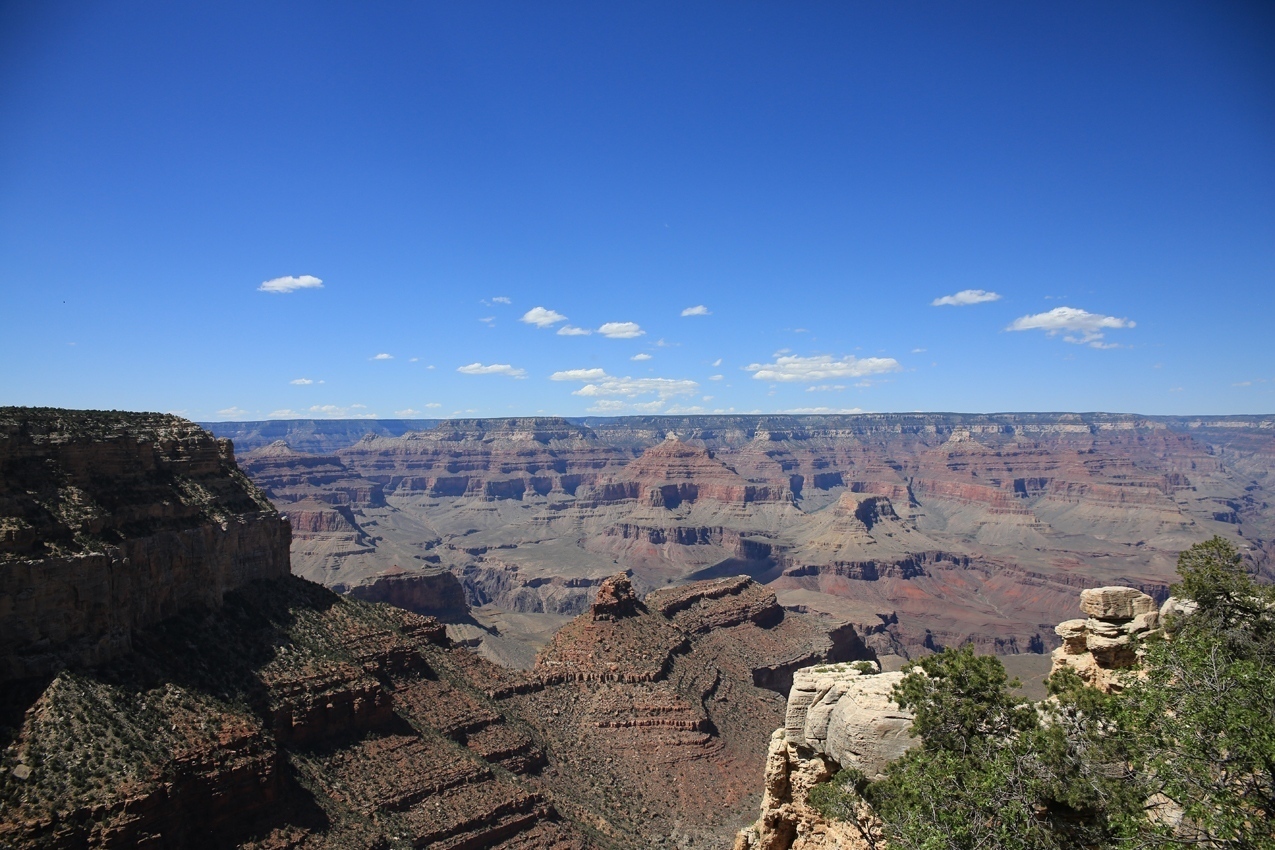 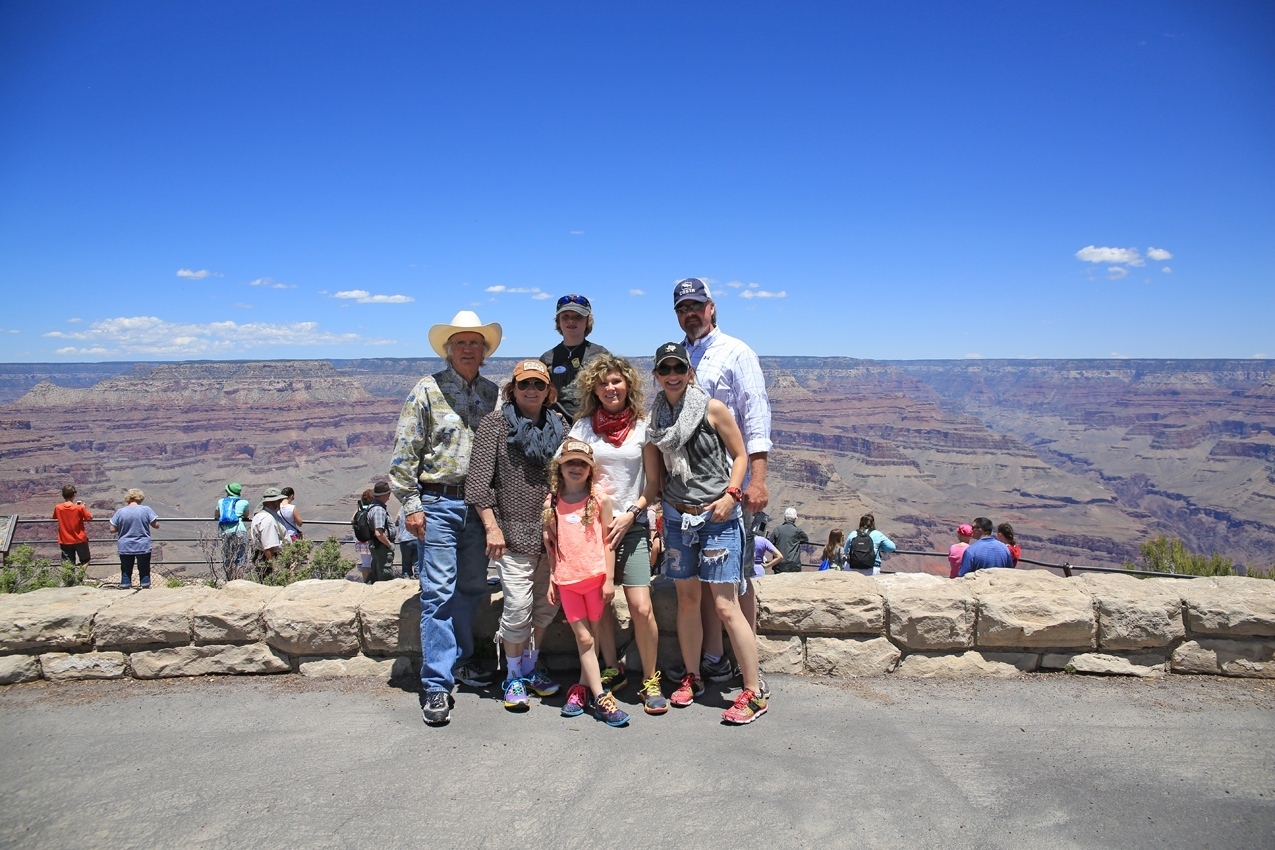 after another obligatory griswald photo moment, we were back on the train headed for the GCHR…but first, it was looking like those wild and unruly train robbers were on the loose and our train was ripe for the pickin’…. 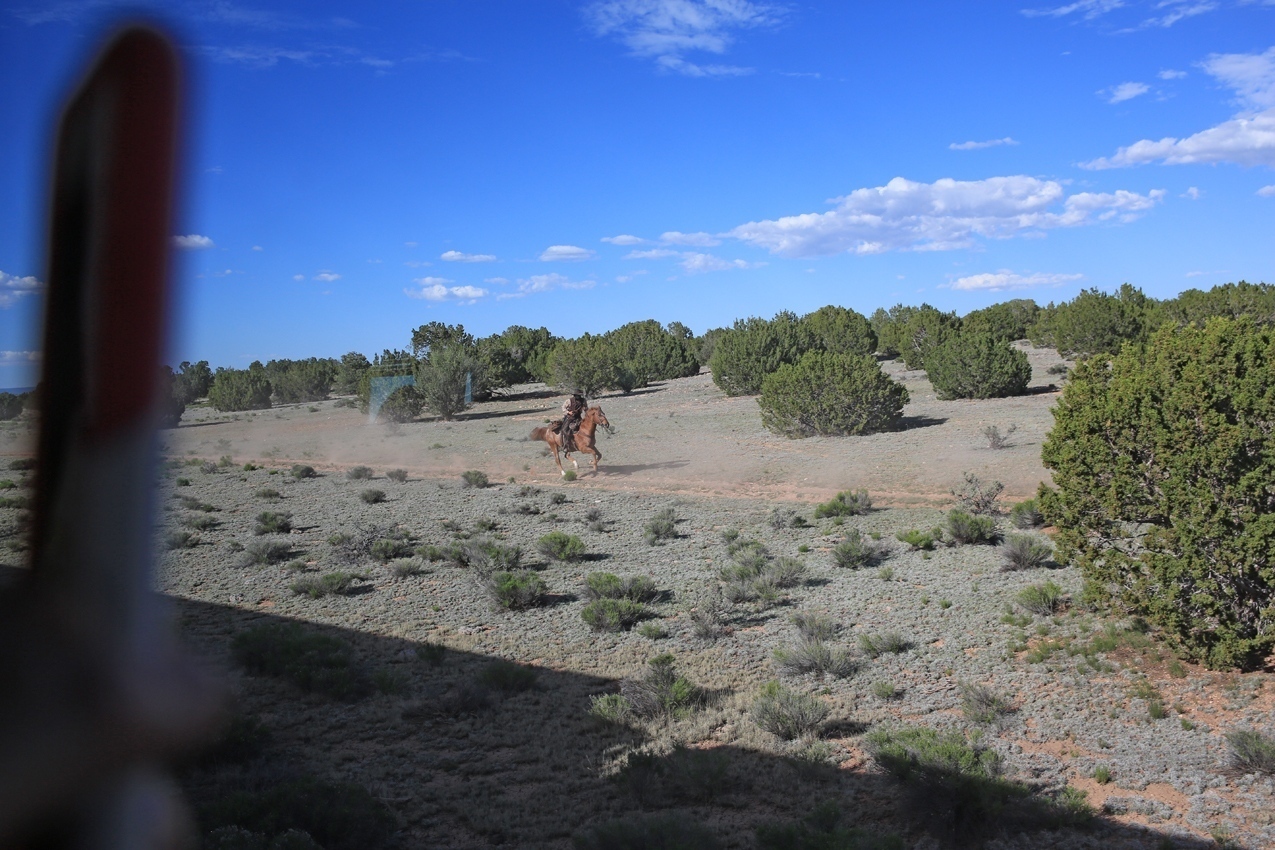 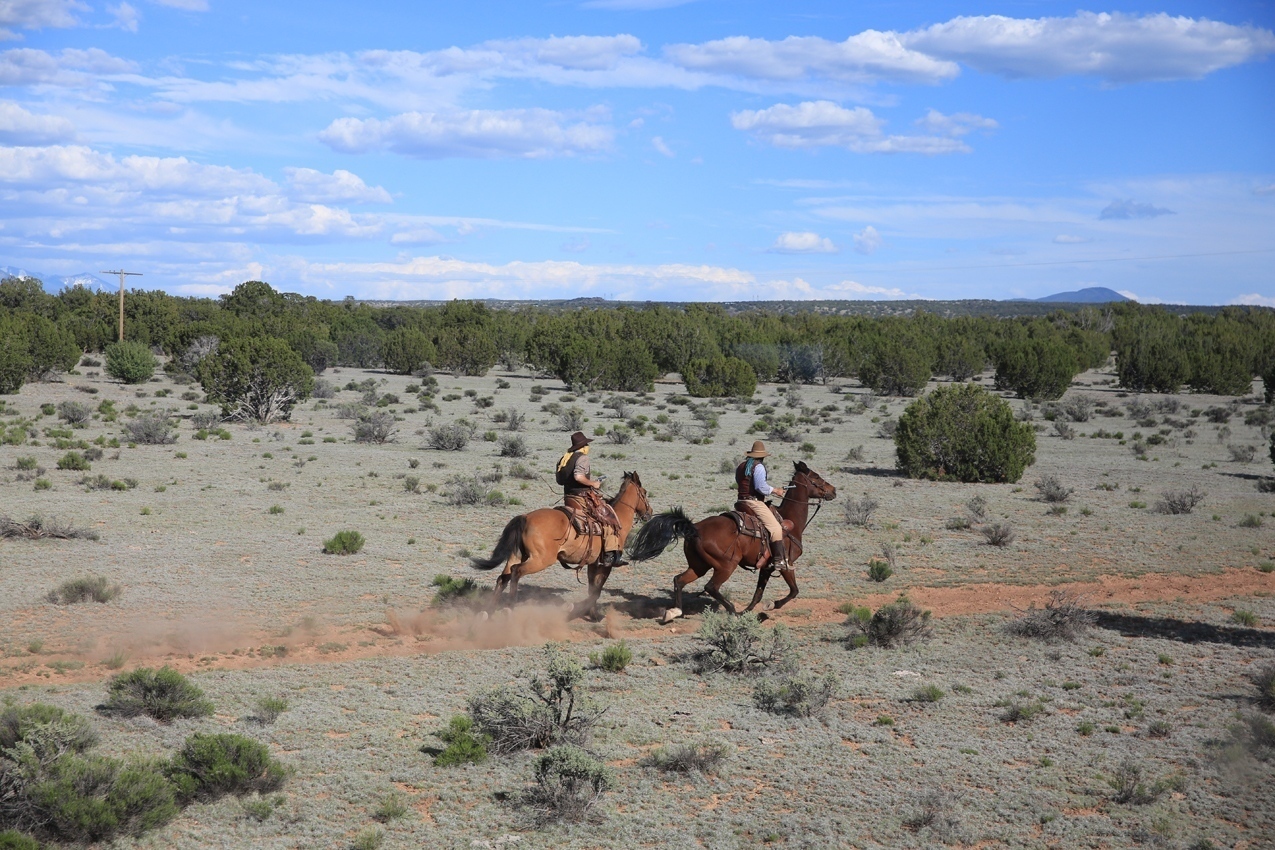 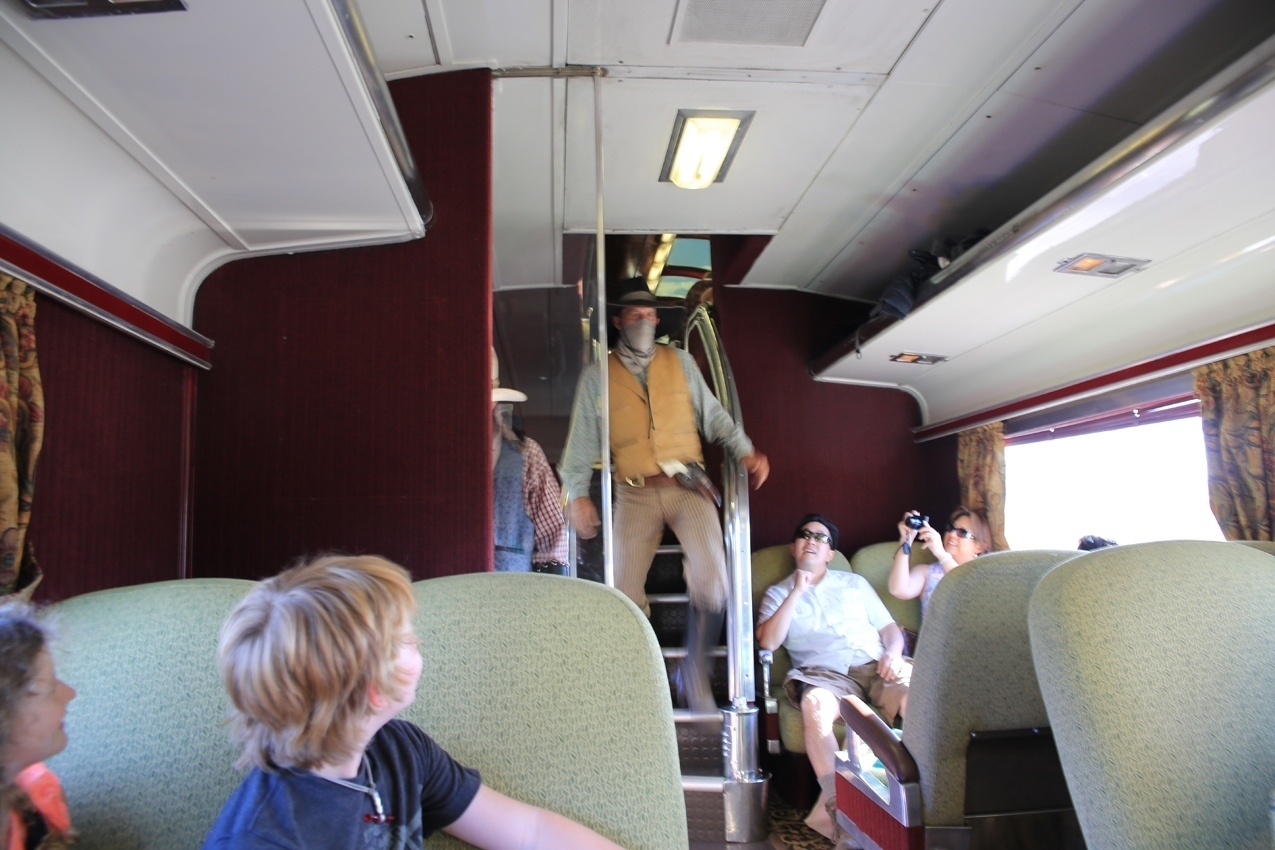 thank goodness the sheriff arrived and restored peace once again. 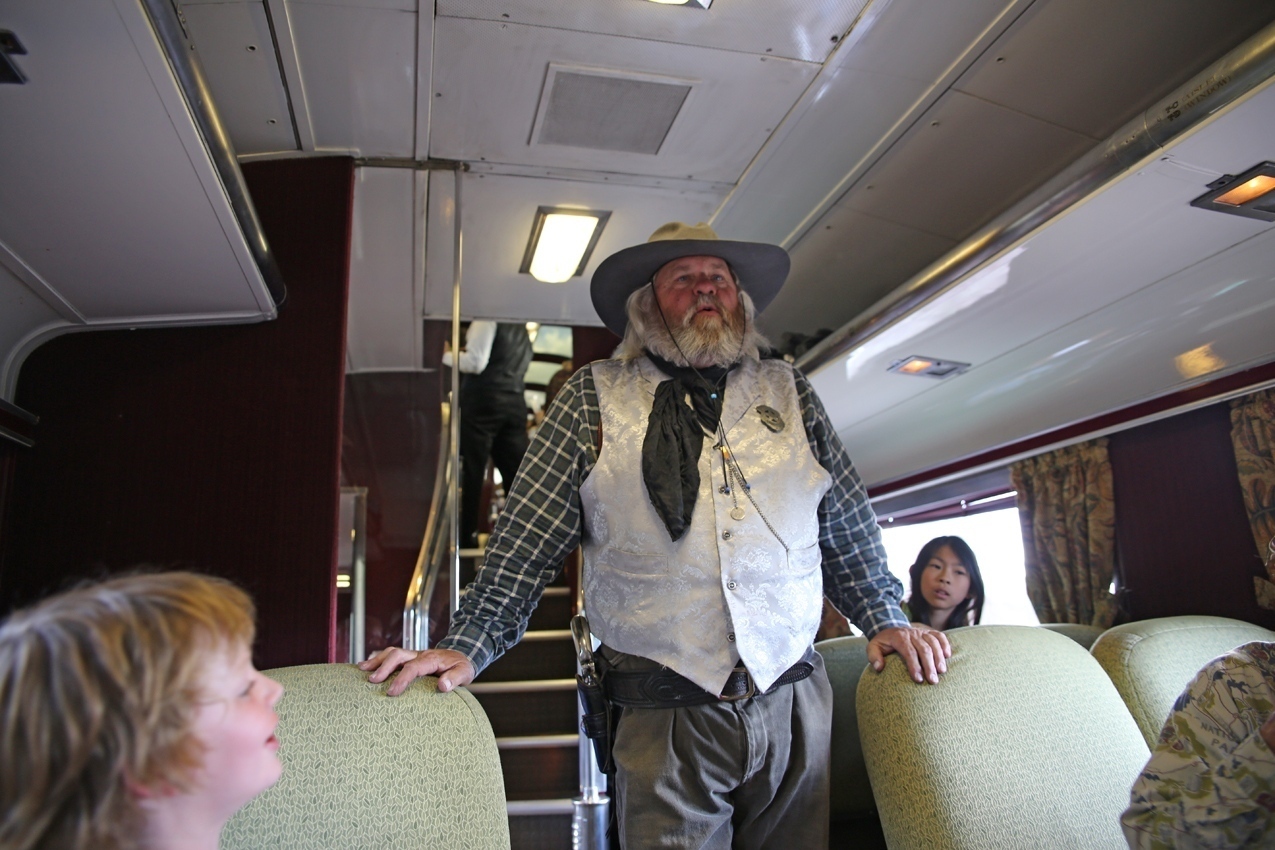 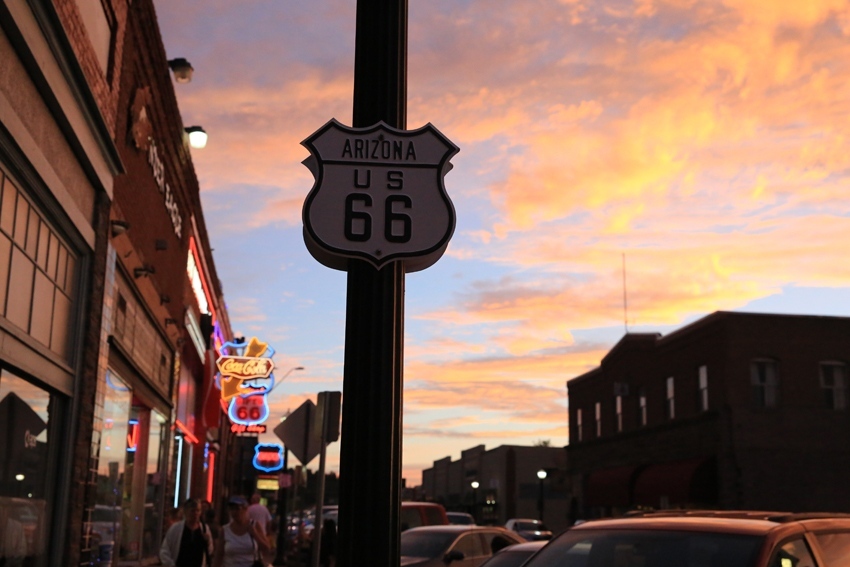 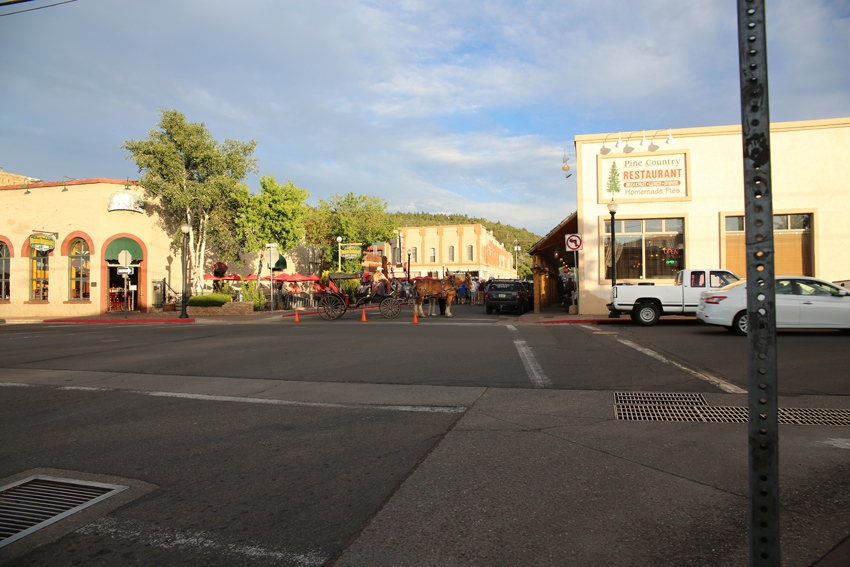 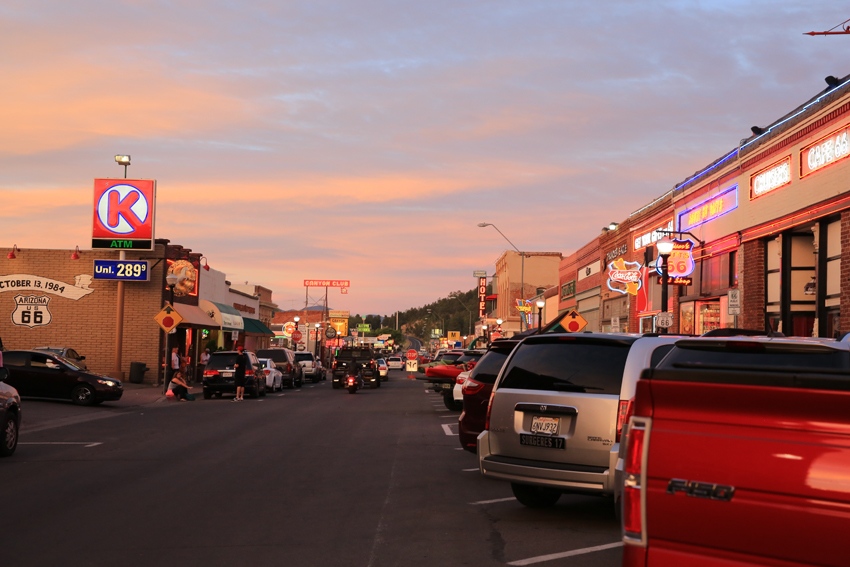 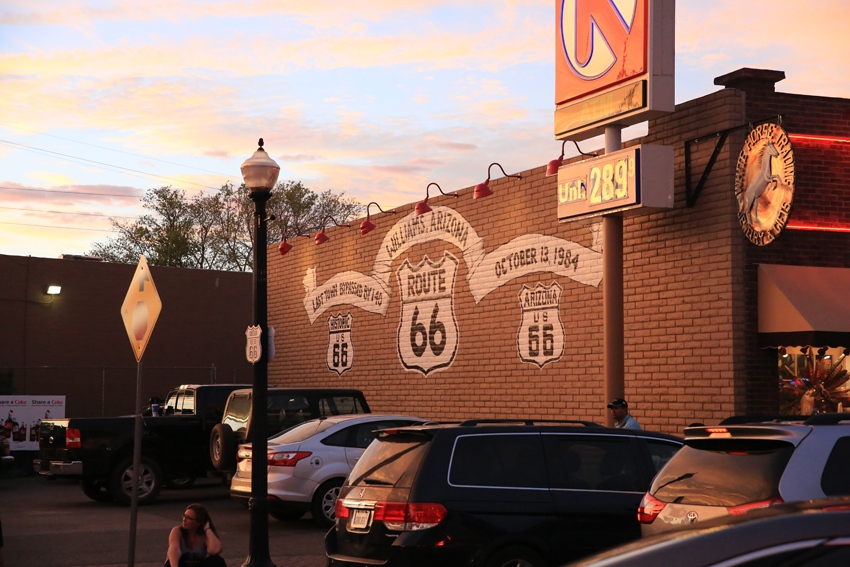 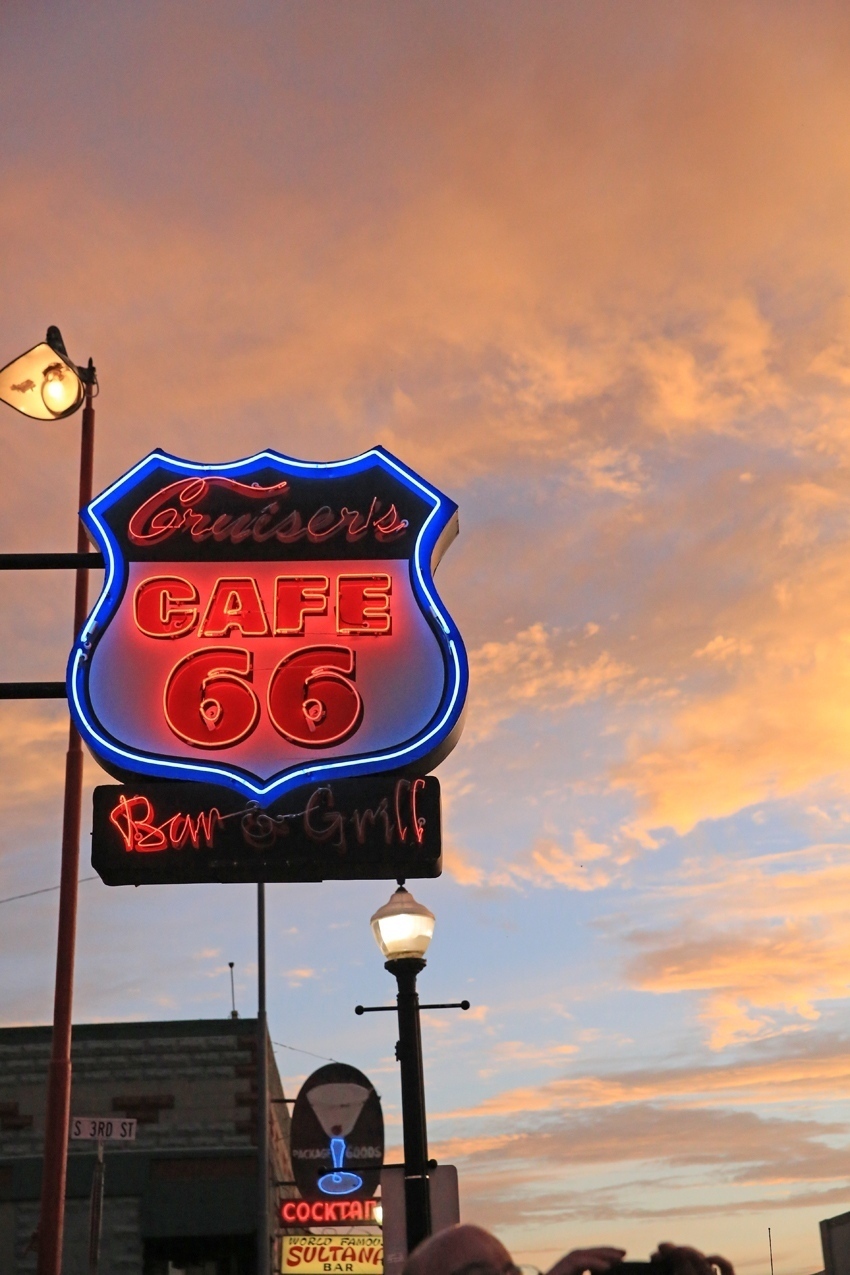 our time soon ended in williams, we loaded up the happy van with luggage, memories, and road maps. the trip continued westward to las vegas where our Route 66 Roadtrip came to an end but we’ll never forget the summer of 2015 and our Route 66 adventures.

y’all be sure to read chapter 1 and chapter 2 of the mother road!

pull up a chair & sit a spell…